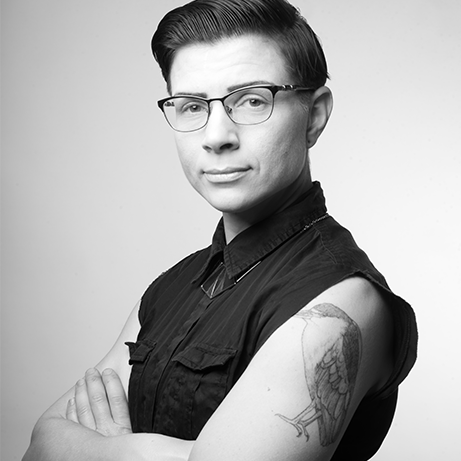 Dia first recognized the need for documentation in the fight for human rights in high school when they got teargassed in the 1999 World Trade Organization protests. They’ve been engaged in activism ever since. Their interest in surveillance developed as a Syrian-American in post-9/11 USA. Before joining WITNESS, Dia worked as a fellow with Coding Rights, a Brazilian digital rights organization, researching surveillance and technology in the context of the 2016 Olympics. Dia’s writing has been featured in Vice, Quartz, and the Parallax. Dia previously worked as an Activist at the Electronic Frontier Foundation, where they focused on surveillance, anonymity, digital security, and free expression online. As the 2012 Bill of Rights Defense Committee Legal Fellow, they worked with grassroots groups to restrict the reach of overbroad national security policies.
Dia served on the board of the National Lawyers Guild from 2010-2015. They continue to provide legal and digital security support for human rights activists inside and outside the US, and they serve on the Advisory Board for Onlinecensorship.org.