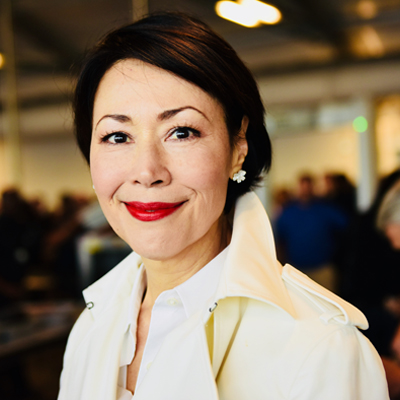 Award-winning journalist Ann Curry, a former NBC News anchor and international correspondent, has reported on conflicts around the world, from the war in Syria to the massive 2010 earthquake in Haiti, where her Twitter appeal is credited for expediting humanitarian aid.

She is the executive producer for a documentary series about transformative world events on PBS, a contributing writer for National Geographic, and the anchor of an upcoming live series crowdsourcing doctors worldwide.

She has contributed groundbreaking journalism on climate change, documenting both glacial melt and drought. Ann has also reported from inside Iran, giving voice to its women and young people.  She also first broke the news of Iran’s interest in negotiating a nuclear agreement with the outside world.

Ann has won seven national news Emmys. She has also been given numerous humanitarian awards, including from the Simon Wiesenthal Center, which awarded her a Medal of Valor, for her dedication to reporting about genocide.