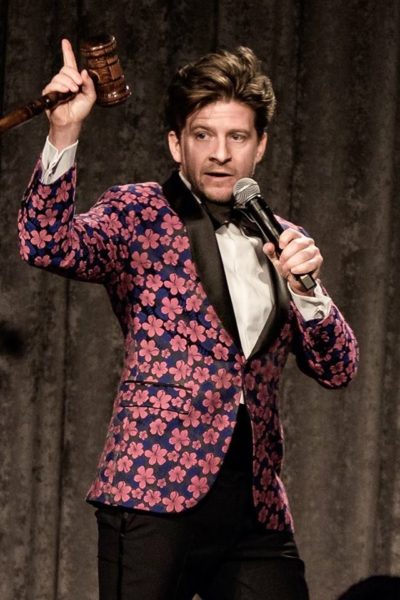 CK Swett, a California native, and Duke University graduate, began his career in the auction world in 2006 and has worked at Christie’s, Phillips and Heritage during the intervening twelve years. In 2016, he founded Lot 1 with former Christie’s colleague, Charles Antin, in order to better address the critical importance of not-for-profit fundraising.

CK’s charity auctioneering efforts since 2010 have yielded more than $60 million across nearly 500 events that support everything from school children in Malawi and veterans returning from Iraq and Afghanistan to public schools in Manhattan and the American Cancer Society. Hailed by the New York Times as having “managed to shake up the staid world of auctioneering,” CK set the world auction record for boxing memorabilia in February 2012, selling the gloves Muhammad Ali wore during his 1965 fight against Floyd Patterson for $1.1 million on behalf of the Lou Ruvo Center for Brain Health.

When not convincing bidders to raise their paddle one last time, he is often found swimming, playing chess on his phone, or singing enthusiastically off key.