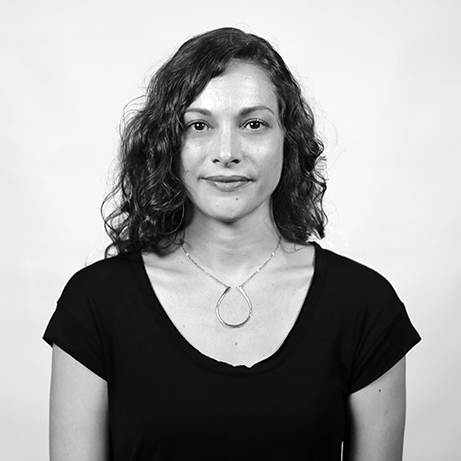 Jackie Zammuto leads WITNESS’ programmatic work in the United States, focusing on the use of video for advocacy and evidentiary purposes in the thematic areas of police accountability, decarceration, immigrant rights, and Indigenous rights.

In 2018 she launched Profiling the Police, a collaboration with a Brooklyn-based community organization to explore new methods of using video collections and open source data to expose abuses by some NYPD and begin to illustrate how police abuse is part of a larger systemic problem.

Jackie also helps coordinate the development and distribution of WITNESS’ training resources and online platforms, overseeing the production of materials like the Video as Evidence Field Guide and Forced Evictions Advocacy Toolkit.

She has over ten years of experience training and collaborating with grassroots activists, legal experts, educators and organizers on issues related to forced evictions, militarized policing, gender-based violence, climate justice, and more.

Before coming to WITNESS she spent five years as a Producer and Project Manager for the award-winning Free State Studios. She holds a B.S. in Broadcast Production Journalism and Women’s Studies from the University of Colorado. Additionally, she has collaborated on several feature-length documentaries and independent video projects. She is proficient in Spanish and spent a year teaching English in Chile.