WITNESS is pleased to announce lawyer Lizzie O’Shea as the Video as Evidence Fellow. 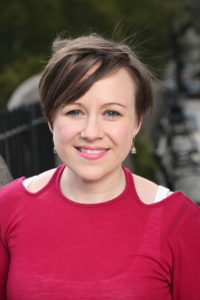 Lizzie is the recipient of the Columbia University Public Interest Law Fellowship, which enables her to join WITNESS for six months to support our collaborations with activists, human rights lawyers and international justice organizations to enhance the evidentiary value of video captured in the field.

Through her work as a public interest lawyer in Melbourne, Australia for over six years, Lizzie represented refugees, protesters, underpaid workers, and people who have been unfairly targeted by national security legislation. She also successfully represented the Traditional Aboriginal Owners of the land at Muckaty Station, in the Northern Territory, defeating plans to build Australia’s first nuclear waste dump there in a four-year legal battle.

Before leaving for the U.S., Lizzie hosted and produced a current affairs program on Australian community television and presented a legal education television series for the national broadcaster. She has also been a regular commentator on community and national radio and served as Chair of the human rights media organization, Right Now.

Lizzie holds a Masters in Law from Columbia University where she was a Corporate Responsibility Fellow.

The Video as Evidence program and the Video as Evidence Field Guide provide practical guidance, case studies, checklists and more to help activists and lawyers better collaborate, in turn, strengthening the likelihood that their videos can be used in court, for advocacy, and be trusted by the media.