[UPDATE 2018] This resource was updated to include guidance on filming Customs and Border Patrol.

In an escalating climate of fear and uncertainty for immigrant communities, we remain committed to using video as a tool for documentation and advocacy.

Immigration Enforcement continues to surveil, target, and harass immigrant communities, often showing up at homes in nondescript clothing, identifying as police officers, or using fabricated stories to gain entry (practices also sustained throughout the previous administration). We believe that filming these encounters on a cellphone or other device, if possible, can help expose illegal activity and human rights abuses committed by immigration agents, deter violence, substantiate reports and serve as evidence.

Though communities are organizing and finding important ways to resist, ICE raids and encounters are unpredictable and therefore challenging to prepare for. Filming these encounters can serve as a form of accountability, but if footage isn’t captured safely and ethically, there can be unintended harm to both the person being filmed and the person filming.

Check out our tip sheet for  documenting these encounters safely and effectively below. You can also download the tip sheet here.

A warm thank you to the Center for Constitutional Rights, Worker’s Justice, Make the Road NY, Sanctuary for Families Immigration Intervention Project, Immigrant Defense Project, National Immigration Project of National Lawyers Guild and more for reviewing the tip sheet and supporting our work. 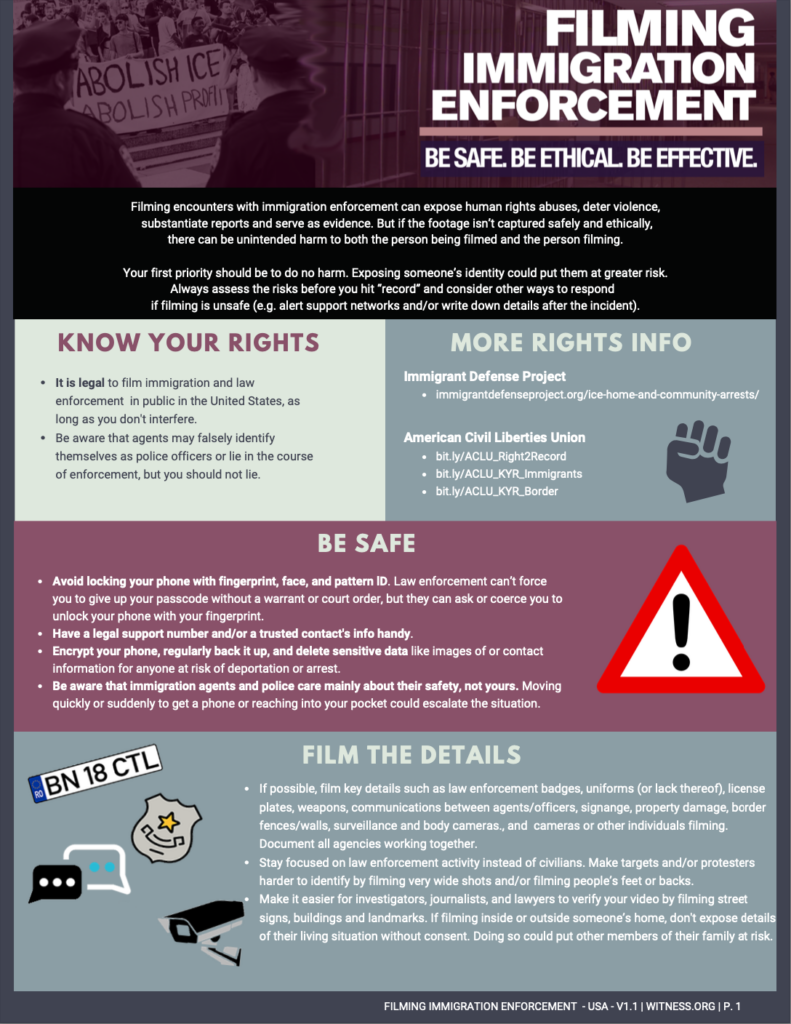 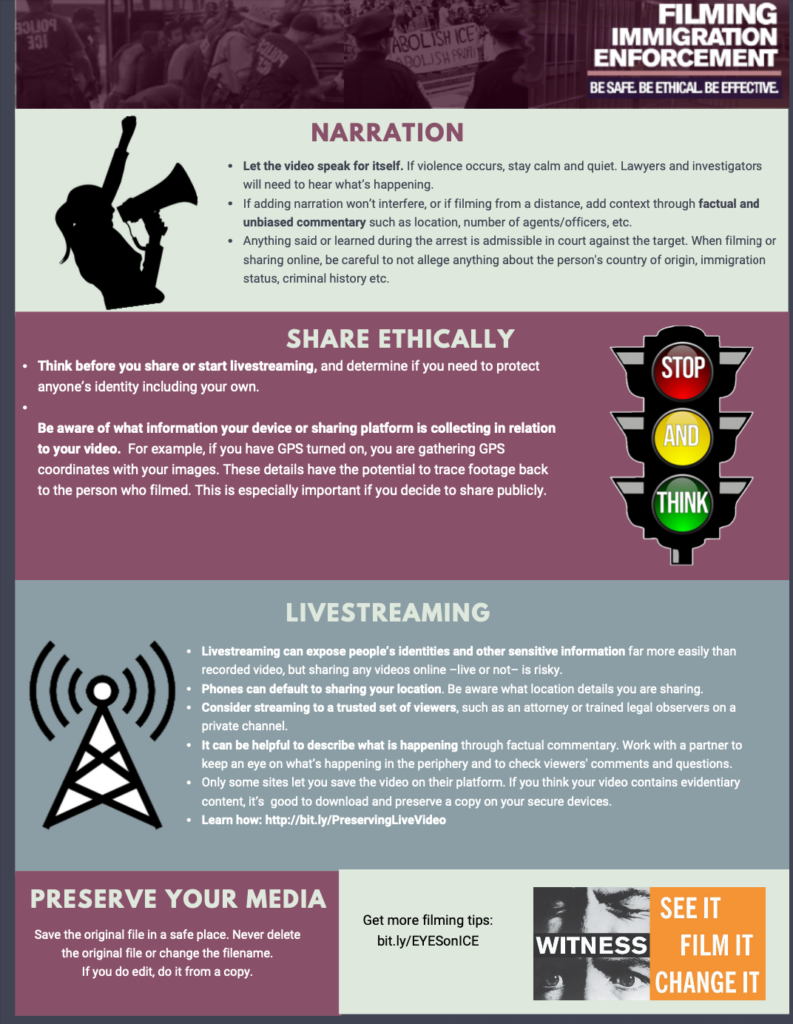