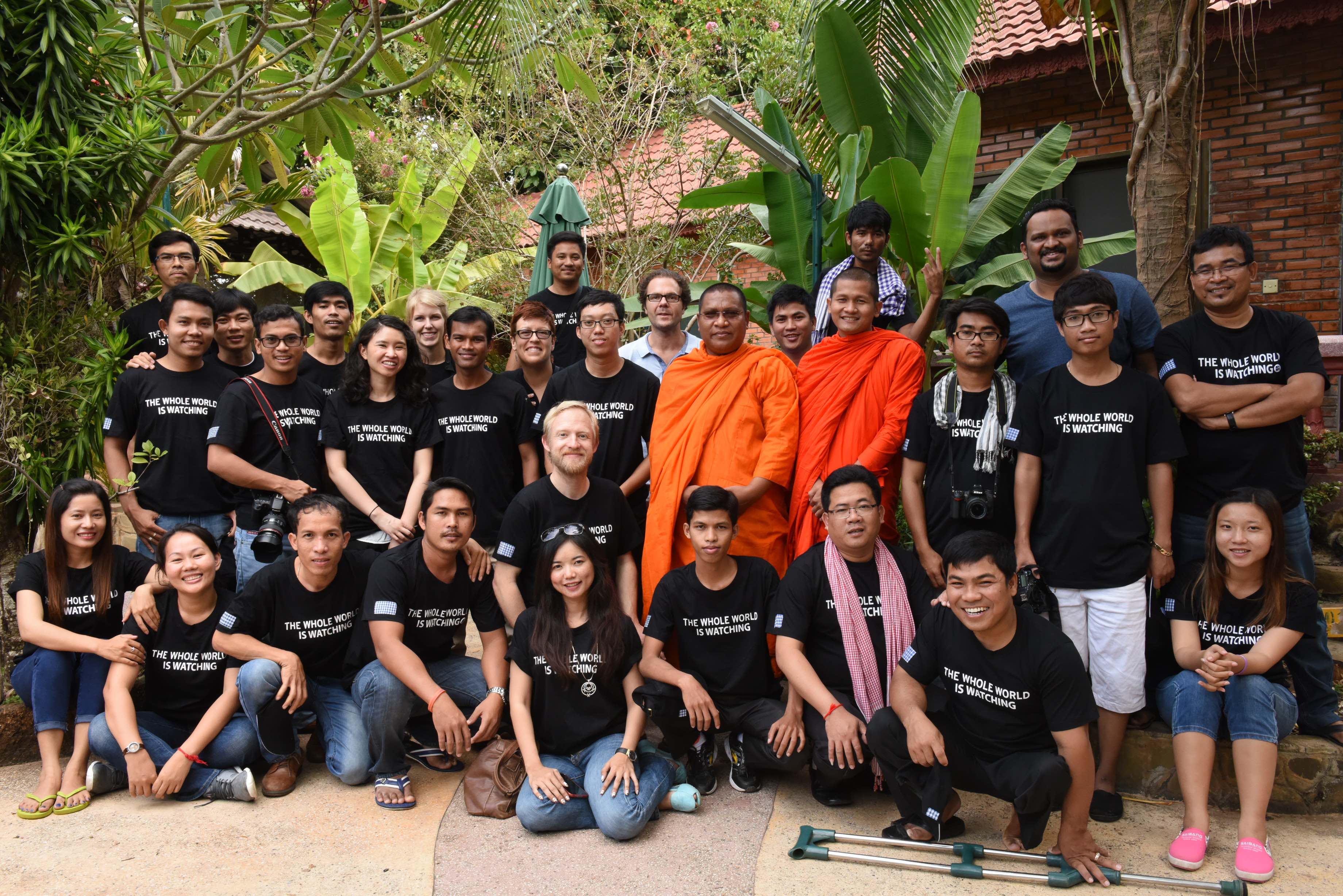 WITNESS has partnered with the Cambodian human rights organizations LICADHO and LICADHO Canada for nearly a decade. In January 2015, we collaborated to bring together a network of 22 leading Cambodian activists for a week-long training in Phnom Penh. Through comprehensive workshops, activists acquired new skills in video production and editing, storytelling, digital security, video archiving, and distribution. The workshops were followed by onsite visits and consultation with the participants’ organizations to integrate workshop outcomes into their everyday workflows.

The activists who took part in the training work on the most pressing human rights issues plaguing Cambodia today including land grabbing, forced evictions, workers’ rights, and restrictions on freedom of assembly and expression. Many come from communities that have experienced devastating human rights violations first-hand, such as workshop co-organizer Cheng Srey Vann, whose family and community were evicted from Dey Krahorm in 2009. Undefeated by her loss, she is now a human rights monitor and a strong advocate for other communities facing similar struggles.

Activists in Cambodia are using video extensively to monitor human rights abuses, inform and mobilize communities to action, and bring international attention to abuses in their country. Human rights continue to deteriorate in Cambodia, but because of growing awareness and solidarity, ordinary citizens are rising up more than ever to make their voices heard. Unfortunately these voices are being met with political violence, rigged trials that silence dissent, and draconian laws that control and suppress civil society, such as the Law on Associations and Non-Government Organizations. Still, many brave individuals are not deterred.

Video has become key advocacy tool in Cambodia, and activists are seeking ways to get their stories out to the world faster, manage ever-growing media collections, use video to train others, and to protect themselves and their communities while doing so.  At the 2015 training participants developed their skills in producing, archiving, and distributing video safely and effectively to support their goals. Since the training, they have created and released new videos, including ones that highlight opposition to restrictions on civil society organizations, associations and unions; and on issues such as informal economy workers’ rights, and disability rights. 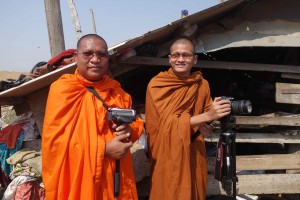 The activists have also been sharing video advocacy skills and knowledge they have acquired with an even greater network of local non-governmental organizations, unions, grassroots groups and individual monk activists. Our long-time ally and internationally respected “Multimedia Monk” Venerable Luon Sovath, for example, took the Venerable Prim Houn on as an apprentice and brought him to the WITNESS training, his very first. In less than a year, the Venerable Prim Houn has emerged as a prominent and prolific video activist. His videos, posted on Facebook, have been shared tens of thousands of times, and have attracted hundreds of thousands of views.

Meanwhile, the Venerable Luon Sovath continues to visit and support people affected by land disputes, listening to and recording their experiences. He uses his videos “like a story in a book” to help people understand their rights, build solidarity, and envision a path to justice.

Since the training, LICADHO Canada has also developed a set of new training videos, adapted from WITNESS materials, on how to film effectively with mobile phones in a Khmer context. They have also translated other WITNESS training materials in Khmer.

WITNESS is proud to have partnered with LICADHO and LICADHO Canada over the past many years. As result of their work during this period, we have witnessed a transformation in the video advocacy landscape in Cambodian civil society. Today, it is a common sight to see people armed with cameras in every community and at every protest demanding justice, democracy, and accountability. With their videos, activists are revealing ongoing human rights violations and mobilizing citizens to stand up for their rights. Despite attempts to suppress their activity, activists continue to monitor, document, and spread the word about what is happening in their country. Now more than ever, the voices of Cambodian citizens calling for change are being heard.