WITNESS is happy to announce the addition of two new Associate Legal Advisors, Aaron Kearney and Dalila Mujagic, to its Video as Evidence program. With these new additions, WITNESS’ Video as Evidence program expands for the first time to better support frontline activists, human rights defenders and lawyers, and international justice mechanisms. The Associate Legal Advisors will greatly enhance the program’s ability to deliver on its mission to improve the evidentiary value of field-captured video to end impunity for human rights violations around the globe. 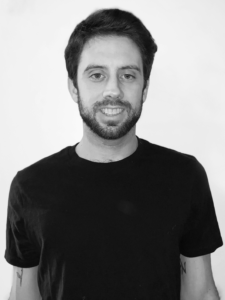 Aaron comes to WITNESS in an interim role after almost four years working with grassroots organizations on civil rights, international human rights, and humanitarian law issues. Aaron has spent most of his career documenting human rights abuses and advocating to international justice mechanisms about humanitarian law violations in Syria and the occupied Golan Heights with the Public International Law and Policy Group and Al-Marsad. He also has experience combatting sexual and gender-based violence in the Democratic Republic of the Congo and providing legal support to immigrants, refugees, and asylum seekers in the U.S. Aaron has authored numerous publications and investigative legal reports on civilians in conflict and post-conflict areas while supporting grassroots NGO operations in conflict-stricken regions.

Aaron is licensed to practice law in New York and graduated from Case Western Reserve University School of Law, with honors in a concentration in international law, where he was a Frederick K. Cox International Law Center Senior Fellow and a Hugo Grotius International Law Scholar. While in school, Aaron held internships at the Special Tribunal for Lebanon, the International Criminal Tribunal for the Former Yugoslavia, and Human Rights Watch. Aaron is also passionate about storytelling through the use of video and holds an undergraduate degree in journalism with a concentration in film journalism. 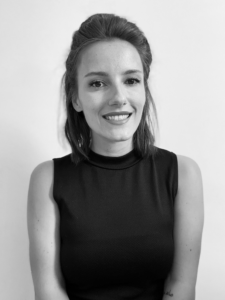 Dalila takes on the new Associate Legal Advisor role after spending almost five years at WITNESS working on new and innovative approaches to digital activism and learning, and the meaningful exchange of tools and tactics on the creation of trustworthy video, use of video as evidence, filming for advocacy, digital security, and media literacy. Her team’s materials reach over one million people a year with critical guidance on documenting abuses and ensuring trustworthy video is seen from critical stories around the world. She has trained activists and key stakeholders including the United Nations Populations Fund, European Inter-University Centre for Human Rights and Democratisation, Duke University, Google, and the International Bar Association.

Prior to joining WITNESS Dalila spent close to a decade working with grassroots campaigns internationally on post-conflict activism, housing rights, and advocating for at-risk and homeless youth. Her legal experience includes working at a boutique law firm supporting U.S. immigration and elder abuse cases, and with the City of London Appeals Clinic on criminal appeals and human rights law research in the U.K. She has also served as the International Relations Director at the Ann-Arbor Roosevelt Institute think tank and on the Board of Directors of the Royal Oak Community Coalition. Dalila is currently finishing her legal studies at Queen Mary—University of London where she has produced legal education materials for Lawyers Without Borders initiatives on gender-based violence in Africa and is writing her dissertation on the comparative use of video as evidence and authentication mechanisms in criminal courts.  Dalila speaks fluent German and Bosnian/Croatian/Serbian, and has an elementary understanding of Arabic, Russian and Ukrainian.

WITNESS is excited to bring on board such talented young activists and looks forward to lending greater assistance to its partners combating impunity and fighting for justice around the globe.