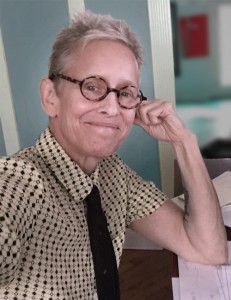 The WITNESS Media Lab Fellowship is a 15-week program designed to support the innovative curation of eyewitness video to support human rights documentation and advocacy. Karen’s winning proposal focuses on the distribution of eyewitness footage of violence toward transgender and gender non-conforming people. She plans to audit, index and contextualize online and social media channels that host and promote eyewitness videos of violent acts against these communities as entertainment. She will begin in mid-April.

Karen has previously served as BRIC Arts Media’s Co-Director of Community Media where she launched Brooklyn’s first 24×7 community cable channel that includes the borough’s only live, daily news show and several other Emmy-nominated programs. She has also served as Senior Director of Digital Media at Lincoln Center for the Performing Arts.

She has founded several technology companies and co-founded a non-profit media institute that has trained journalists and media entrepreneurs in the U.S., Poland, Albania, Turkey, and the Pacific Islands. She’s been a digital media consultant to the American Chambers of Commerce to the European Union and was selected to be the Digital Media keynote speaker at their Annual Plenary Meetings in Warsaw and Istanbul.

The WITNESS Media Lab is dedicated to advancing the role of eyewitness video in human rights documentation and advocacy through innovative video curation as well as resource development and thought leadership.