There are currently a reported 1,132,130 Syrian refugees and an estimated 60,000 Palestinian refugees living in Lebanon, the vast majority of whom are forced to live in displacement camps. These refugee settlements expose individuals and communities to a number of threats, including a growing epidemic of sexual violence.

As part of a larger, international effort to secure more support for female Syrian and Palestinian refugees— populations that are highly vulnerable to sexual violence— WITNESS partnered with Oxfam and ABAAD on a three-day training in Beirut that focused on Gender-Based Violence (GBV) advocacy and education. 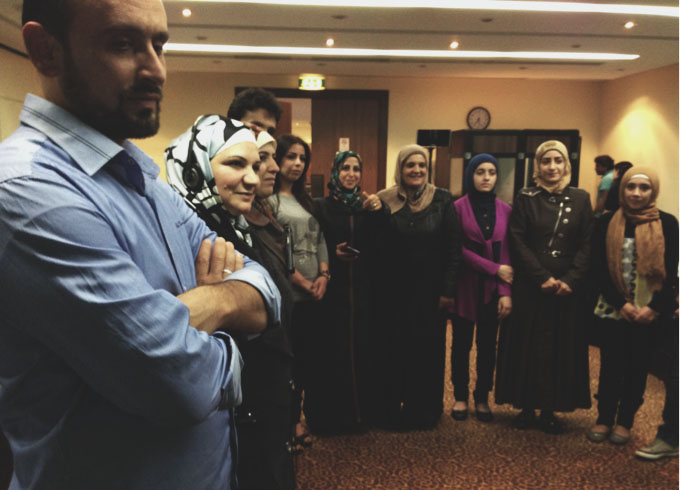 The training was led by WITNESS’ Senior Program Manager for the Middle East/North Africa, Bukeni Waruzi. The 20 participants learned more about the laws surrounding GBV in Lebanon, and how to safely and ethically document sexual violence on camera in order to advocate for support, systemic change, and justice when those laws are violated.

“Thanks to the great coordination of ABAAD, the training went very well,” said Bukeni of his time in Beirut. “Participants were able to identify practices of sexual violence including forced marriage, sexual harassment… Some of these practices are the result of war-driven poverty in the refugee settlements, and other practices have exponentially increased, such as forced marriage”.

Throughout the training Bukeni used WITNESS’ resources, including our guide to “Conducting Safe, Effective and Ethical Interviews with Survivors of Sexual and Gender-Based Violence.” This helped provide a comprehensive understanding of how to ethically and effectively document GBV, and enabled discussion around how these resources could be used according to the specific needs of the participants. The trainees will take the skills and knowledge acquired at this training back to their respective communities in order to train others on GBV advocacy.

“I feel like I’ve gained a lot in these few days of the training. I know many things now and how I could use my own story to advocate for peace and to address the situation” —Syrian trainee. 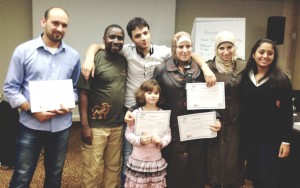 Bukeni leads WITNESS’ global effort to combat Sexual and Gender-Based Violence, supporting activists to create effective strategies to fight for gender justice through video and other technologies. More about WITNESS’ work on GBV and our advocacy resources can be found here, and in our recently launched digital library.