This week the extermination of the black residents in the favelas of Rio de Janeiro continued.

Police operations in the north of the city left at least 13 people dead as a result of “stray bullets.” Additionally, about 2,500 children went without classes because of these clashes, an operation that mobilized at least 500 police officers. 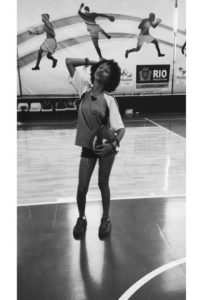 Maria Eduarda Alves da Conceição, 13, was one of those victims murdered yesterday. She was hit by three shots while playing basketball in her physical education class at the Municipal School of Jornalista Daniel Piza in Fazenda Botafogo. Maria Eduarda was a talented basketball player who collected medals at school Olympics and teachers saw a promising future for her sports career.

Her future was interrupted by an operation led by the 41st BPM (militarized police force) which is already known by local residents and human rights organizations as a veritable extermination group.

The case of Maria Eduarda is important in deconstructing the “stray bullet” narrative of the press and the police, particularly because she was shot three times, according to the expertise of the Legal Medical Institute.

Responsible for about 20% of all deaths resulting from police operations in the city, the 41st BPM is the same group that fired 111 shots at five young people of Costa Barros in November of 2015. They are also the subject of an Amnesty International report “You Killed My Son”, that was published two years ago and details nine cases of execution in Rio’s Acari favela.

Also this week, local residents filmed these same policemen firing on men who were already injured or dead, laying on the ground in front of the same school where Maria Eduarda was killed, as shown in the video [Graphic Content] on our partner Coletivo Papo Reto’s Facebook page. 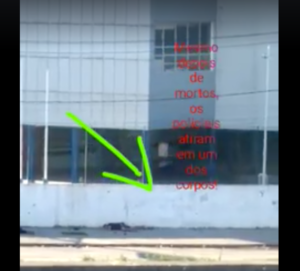 Reports and denunciations on social networks point to operations in other favelas like Cidade de Deus, Manguinhos, Acari, Formiga, Jacaré, Mangueira and Tuiutí.