In a world of injustice, abuse, and impunity, archiving can be a radical act of resistance. This is why WITNESS is celebrating Archives Month through the month of October with updated videos, tipsheets, and guides aimed to help activists and endangered communities safely collect, store, and share valuable human rights footage and powerful stories of resistance and endurance.

In 2017 especially—from the villainization of the Rohingya fueling a genocide, to the epidemic of violence and video used as entertainment against the transgender community—activists are fighting false narratives on the daily. And when there is footage supporting this fight that authorities want to destroy, archiving is crucial. 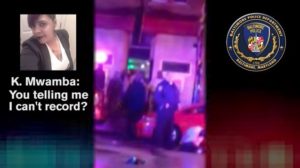 This is epitomized in the case of Kianga Mwamba, who retrieved her eyewitness video documenting police abuse from the cloud after officers had deleted it from her phone. Knowing how and when to store footage and then retrieve it can alter the course of a case of abuse, from getting the truth out against an official narrative to the difference between an innocent or guilty judicial verdict.

So join us in celebrating this month and bolstering the work of courageous activists by learning to protect human rights footage. Our Activists’ Guide to Archiving is available online and for download in English, Spanish, Arabic, and Portuguese. From creation, to organization and storage, the guide takes readers through step-by-step processes used in archiving workflows.

As always, we welcome feedback, remixing, and sharing of our resources. Together, we can make sure that powerful stories and evidence are not erased, forgotten, or denied.