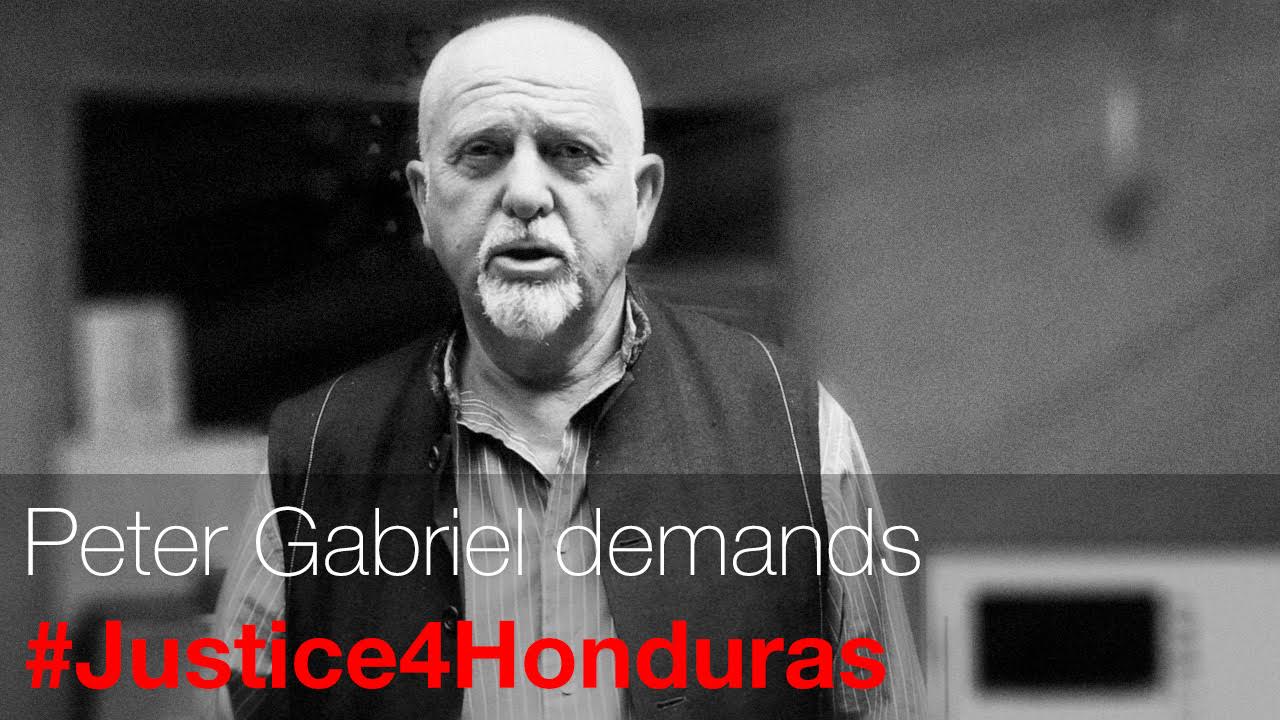 Berta Cáceres at the banks of the Gualcarque River where she, COPINH and the people of Rio Blanco have maintained a two-year struggle to halt construction on the Agua Zarca Hydroelectric project.

Two months ago Berta Cáceres, a Honduran environmental activist and human rights defender, was assassinated. Cáceres was the coordinator of the National Council of Popular and Indigenous Organizations of Honduras (COPINH), headquartered in La Esperanza, Intibucá in western Honduras.

On May 2nd, the Honduran government announced the arrest of four suspects, including an active member of the Honduran military police; a member of Desarrollos Energéticos S.A. de C.V. (DESA) – the Honduran company responsible for the construction of Agua Zarca, a hydroelectric dam that COPINH has long resisted for violating the human rights of hundreds of indigenous Lenca people; and two former members of DESA and the Honduran army respectively. The four are being held in prison but have not yet prosecuted.

For Berta’s family and COPINH, these arrests confirm DESA’s responsibility for the murder and show collusion between the Honduran government and the company, which they have always denied. However, these four names represent only a small part of the long list of those responsible for Berta Caceres’ murder, according to Berta’s family and COPINH. They report that the Attorney General has not conducted a comprehensive and thorough investigation to identify the masterminds of the crime. Moreover, they doubt the consistency of the investigation as the Attorney General has not allowed them to participate and hasn’t kept them informed of their progress.

In order to ensure complete impartiality in the investigation, Berta’s family and COPINH are demanding the creation of an independent, reliable and professional group of international investigators led by the Inter-American Commission on Human Rights (IACHR). However, to date, the Honduran government has not responded to this demand. Berta’s family and COPINH demand that the government recognize the political nature of the crime because Berta was murdered for her fight against the Agua Zarca project and the extractive industry model in Honduras, as well as her defense of the rights of the indigenous Lenca people. They are also calling for a comprehensive and impartial justice process and the definitive and immediate cancellation of the hydroelectric dam project Agua Zarca, which stands accused of violating rights such as the right to consultation of indigenous peoples, as stated in Convention 169 of the International Labour Organization (ILO). The Agua Zarca project is funded mainly by three banks: the Central American Bank for Economic Integration (BCIE), The Netherlands Development Finance Company and Finnish Fund for Industrial Cooperation.

In their struggle for truth and justice, COPINH members have received a single response from the Honduran government: repression. On May 9, during a peaceful action organized in front of the Presidential Palace in the capital Tegucigalpa the group was assaulted by the Honor Guard of the president. A minor was seriously injured in the attack and had to be hospitalized for a cerebral concussion.

Watch their video messages and add your voice to the call for justice by tweeting the messages below: