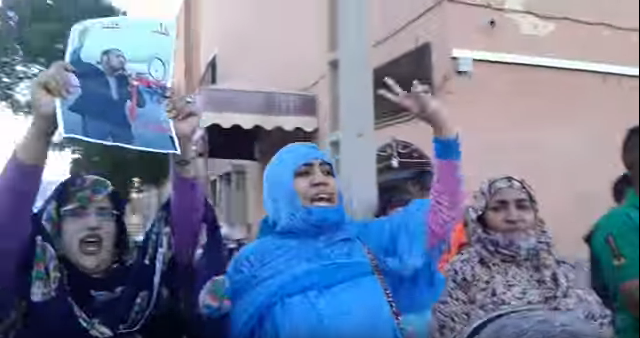 BROOKLYN, NY — APRIL 18, 2016 — The WITNESS Media Lab and FiSahara announce the launch of Watching Western Sahara. The project provides curated and contextualized eyewitness videos so that reporters and human rights monitors can better understand and document the human rights issues that Sahrawis face today. Video content is presented and organized on Checkdesk, a collaborative curation platform designed by Meedan. Additional analysis, videos and resources will be posted to The WITNESS Media Lab.

Western Sahara is one of the world’s last remaining colonies, included in the UN’s list of 17 “non-self-governing territories.” Human rights violations are routinely committed by the occupying country, Morocco, against its indigenous Sahrawi population. Yet, due to the strict limitations imposed on the press, foreigners, and human rights monitors, very rarely do reports, footage, testimony or other evidence of abuse emerge and come  to the attention of the international community.

The project launch comes just weeks before the annual United Nations Security Council vote on whether to continue the peacekeeping mission in Western Sahara, known as MINURSO. The April 28 vote will mark the 25th anniversary of the ceasefire and the creation of MINURSO   which, as many advocates have pointed out, is the only modern UN peacekeeping mission that does not include a human rights monitoring mandate. It also comes weeks after Morocco expelled a large part of MINURSO staff from the territory, sparking the most serious diplomatic and military crisis since the 1991 ceasefire. This year also marks the 40th anniversary of Morocco’s occupation.

FiSahara uses film to entertain, convey knowledge and empower refugees from the Western Sahara, who have lived in exile in remote camps in Southwestern Algeria since 1975. @FiSahara

Meedan (creators of Checkdesk platform) builds digital tools for global journalism and translation with a focus on open source investigation of digital media and crowdsourced translation of social media. With commercial, media and university partners, we support research, curriculum development, and new forms of digital storytelling. Other Checkdesk projects include Bellingcat. @Checkdesk

The WITNESS Media Lab is dedicated to addressing the challenges of finding, verifying, and contextualizing eyewitness videos to advance its use as a powerful tool for human rights documentation and advocacy. It is a project of WITNESS and collaboration with the News Lab at Google. @WITNESS_Lab

Top still from an Equipe Media video of a protest in Laayoune in response to the death of political prisoner Brahim Saika on April 15, 2016.