WITNESS’ executive director Yvette Alberdingk Thijm appeared live on MSNBC’s online channel Shift, on the program Road Map, along with Yemeni blogger and WITNESS partner, Rooj Alwazir. The segment featured WITNESS’ pioneering work using video to expose human rights abuses, and the various ways in which the organization supports activists around the world in the fight for justice and accountability. Yvette emphasized a fundamental belief at WITNESS that, “Technology has put an unbelievably powerful tool into the hands of every single citizen.”

As a partner and trainee of WITNESS’, Rooj was interviewed alongside Yvette, discussing the role video has played in documenting conflict in Yemen. Rooj noted that authenticating video is a particular challenge citizen journalists face when sharing stories from conflict affected regions, and recounted a time when her organization in Yemen needed to verify footage they were receiving. She said, “thankfully at the time WITNESS was in Yemen and put together a quick training on how to verify footage” which has equipped citizen journalists she works with to authenticate their videos. 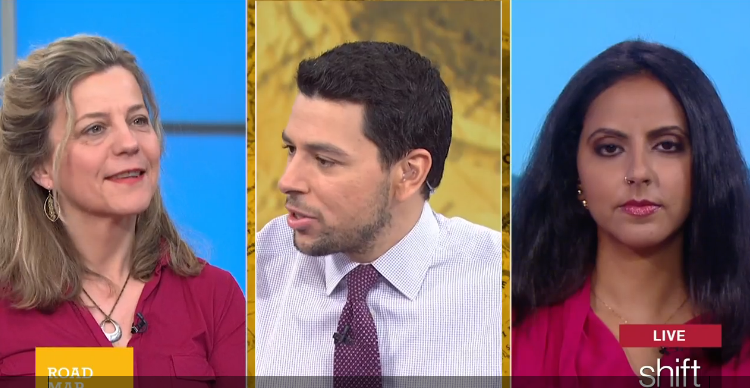 The Road Map segment can be viewed online here.